The colorful and dramatic Mani Rimdu Festival Trek is sacred ceremonies celebrate in Khumbu region. This year will be celebrated on 08th Nov - 10th Nov 2022.

Mani Rimdu Festival Trek takes you through the most popular villages of the Everest region where you can enjoy friendliness behavior of the local Sherpa people.

Mani Rimdu Festival Trek is one of the most interesting High Himalayan Buddhist festival observed every year. Apart from the fresh mountain air and the green-calm surroundings, the monastery also hosts the delightful Mani Rimdu Festival.

Mani Rimdu is generally celebrated by Sherpa in autumn at the Tengboche Monastery in the Everest region. Lamas and Sherpa gather at the monastery for five days. They gather for the welfare of the world.

There are plays, masked dances, prayers and feasts. Demons are quelled and the pious are rewarded. It is a very colorful and ideal festival to combine with a trekking expedition in the Everest region.

Beginning with the Rongbuk monastery, this festival signifies mythological events and the victory of positive forces against destroying evil demons.

The first monastery in Nepal to observe the Mani Rimdu festival was Tengboche in 1938. While people believe it to have later moved to Solukhumbu and started between 1907 and 1910 (As per Trulshik Rinpoche’s estimation).

Mandala of Mani Rimdu festival is a very important and crucial part. Colored sand in Mandala is used to make a complicated and symbolic design. While making it, defensive blade portraying deities are placed around Mandala. The bowl of Rimdu pills is placed above the center.

The whole Mandala details about the palace of Garwang ThozeChempo (Lord of Dance). While meditation, monks imagine kindness flowing in the form of mantra, into Mandala and to Mani Rimdu pills. Then kindness releases out from Mandala, blessing all the attendants of the festival.

The Wong is the opening day of public ceremony. It´s performed on the full moon day, of the tenth month in the Tibetan lunar calendar. The sacred Mani Rilwu (sacred or blessed pills) and Tshereel (pills for long life), are given to everyone attending.

Dances take place on the second day of festival. The dances in Mani Rimdu is performed only during the festival because the dance is considered very holy and sacred which is not for amusement purpose.

Fire Puja is performed the day after dances. It is an offering to the god of fire and Mandala God as well to allay the harms of the world. It is visualized as dissolving into grain and butter is burned.

In Tengboche the Mani Rimdu is performed in the 9th Tibetan month which usually falls in October or November full-moon. For 2022, Mani Rimdu Festival date will be on 8th, 9th and 10th November.

Nepal Tours organizes many treks to coincide with the festival time in the Everest region. There are many unique festivals in Nepal celebrated somewhere in the country, and Mani Rimdu Festival Trek is one of a kind.

Day 01: Arrival at the Tribuwan International Airport in Kathmandu (1,345m).
Overnight at a hotel.

Day 07: Giving the blessing to the general public.
Overnight at Guesthouse | Breakfast, Lunch and Dinner Included

Day 12: Morning fly back Lukla to Kathmandu and transfer to Hotel
Overnight at Hotel | Breakfast Included

Day 14: Transfer to airport and fly back to home.
Breakfast Included

Lunch and Dinner whilst in Kathmandu.
All kind drinks (Alcoholic, hot and cold drinks).
Personal Equipment.
All entrance fees in Kathmandu cultural tour.
Personal travel and medical insurance.
Any kind of personal expense.
Any others expenses which are not mentioned on Price Includes section.
Tips for trekking staff, driver (Tipping is expected). Any donation to the Monastery.

Stop searching for a guiding organisation now and choose for Nepal Tours ! Perfectly organized, always very friendly, taking care of clients! Personal is being paid correctly and insurance is allright. 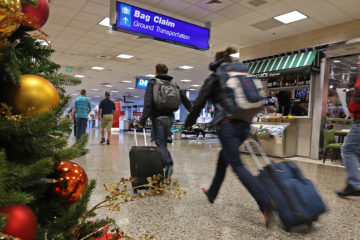 Are you planning to travel to Nepal in Christmas and New Year
$ 1,423.00
One tour per person