The Manaslu Circuit trek is far less crowded than other classic treks in Nepal and remains a true remote adventure, despite its increasing in popularity

Manaslu Larke Pass Trekking is the ultimate off the beaten path trek of the Nepal. Mount Manaslu (8163m) is the eighth highest mountain in the world. Manaslu is standing isolated and yet in the very center of Nepalese Himalayas. Manaslu trekking offers you to explore the Majestic height and exceptional views of glorious Mount Manaslu. The low-to-high range of altitudes presents such varied flora and fauna and mostly a wide cultural spectrum which includes strong influences from Tibet mixing with typical and diverse Nepalese culture and ethnicity. Well, the contrasting ascent and descent gradients and the spacing of lodges at the higher altitudes represent the area as the best trekking destination of Nepal.

The Manaslu Trek is open for trekking after the 2015 earthquakes. The Manaslu trekking area has sustained damage and landslides, but the trails and lodges have been repaired and trekkers have successfully completed the trek in the spring of 2016. We are currently creating a schedule for 2017 fixed departures. You can join one of the confirmed departures by requesting one of the dates once you enter the trip planning conversation. You’ll receive a slightly discounted group rate.

The Manaslu Circuit Trek begins with a scenic drive from Kathmandu. The trail passes through some of the most spectacular viewpoints of the highest peaks in the world, including Himal Chuli, Peak 29 (Ngadi Chuli), and Mt Manaslu. The highest point on this trek is the ‘Larkya La Pass’ which is widely believed to be one of the most dramatic passes crossing the Himalayas The trek is also an opportunity to get acquainted with the Tibetan culture. You will come across several Chortens and Mani Wall in almost all the villages along the journey. If you are looking for a thrilling adventure through the silence and serenity of the white mountains, then Manaslu circuit trek is the ideal option.

Permits: You need a special trekking permit for the Manaslu trek. Solo trekkers are not allowed, a minimum group size of 2 is required.

Lunch and Dinner whilst in Kathmandu.
All kind drinks (Alcoholic, hot and cold drinks).
Personal Equipment.
Personal travel and medical insurance.
Any kind of personal expense.
Any others expenses which are not mentioned on Price Includes section.
Tips for trekking staff, driver (Tipping is expected).

My girlfriend and I hike the Manaslu Larke Pass Trek September 2016. All in all it took us about 12 days to complete the entire Manaslu trek and it was incredible! Our guide was Raju Adhikari, an excellent guy and someone I am now happy to call my friend. He did a great job guiding us, but at the same time he had a very laid-back attitude/easy to get along with. Nepal Tours was very helpful as well, they set everything up for a reasonable price. The owner, Kulendra, is very hands-on.

This is an unique Annapurna sanctuary trek

This is a geographically spectacular and culturally 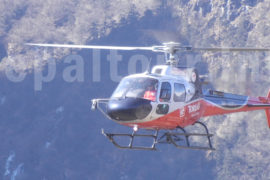